A Web-Based System for Conferencing and Collaboration 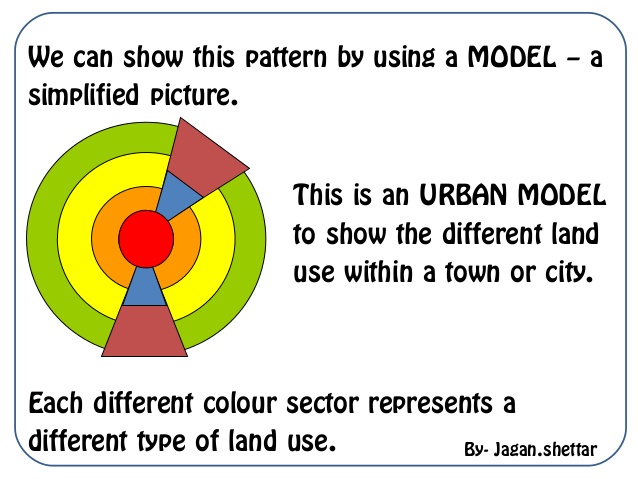 The Open Meeting achieved its initial goal of attracting the attention of a large number of government workers from a wide range of organizations and geographic locations. Of the 4200 people who returned an online registration survey, 85% were government workers, and another 4% were state or local government workers. Respondents were drawn from all fifty states, twenty foreign countries, and even US Navy ships at sea. Fewer than 40% were from “inside the Beltway” (DC, Maryland and Virginia). Their profile was similar to government workers in general for age (early 40s) and experience (54% were more than 10 years in government), but they were considerably more senior, technically oriented, educated and male than government workers generally. (60% vs. 25% in supervisory capacities; 47% vs. 15% with MA or more; 66% vs. 11% in information systems or engineering; 30% vs. 42% female.)
In comparison to the estimates of Internet users at the time (December, 1994), this population was older, more educated and had a lower percent of males.
The differences between the registrants and all government workers highlight the importance of commitment and access for wide-area collaboration. Supervisors and other managers have a greater interest in proposals for bureaucratic reform than those they supervise, and engineering and information system workers have greater access to email and World Wide Web. Access also explains some anomalies in the distribution of the registrants. Generally, the larger and more technology involved organizations, like the Defense, NASA and Interior, had the largest numbers of registrants, but the under-representation of similar organizations, notably Treasury and NSA was due to their massive use of firewalls to restrict network access and penetration.

During the two week meeting itself, there were 35,000 Web accesses from nearly 1500 different hosts, exclusive of those by moderators and maintainers. While low by current standards for prominent government sites, e.g., the White House, this volume compares favorably with traffic at specialized and professional online forums. It is also large enough for the distribution of accesses over the pages to suggest how people navigate a complex information and conversation environment.

Table 2 shows a nearly consistent pattern of attrition of hosts with number of transactions from the root page, with the one exception being the smaller number who accessed the Newsletters than the Comments, although access to Newsletters was closer to the root. However, data for the second week alone would show a consistent pattern of attrition, since the Newsletters were not posted during the first week of the event. The newsletters in fact received considerable attention, either as a means by which users caught up on discussions or a substitute for reading the discussions themselves. Relatively few users moved outside the fixed-topology hypertext environment to accessing documents directly through the search interface. These usage patterns suggest that most Web users explored several topics broadly but shallowly by looking at Overviews, some Recommendations and available Newsletters. They “felt” their way through the information, not sure of what they were seeking and more inclined to quit the search than go beneath the top level information. About one third of total users also explored one or two topics deeply by traversing the hypertext at the comments level and using the search interface. Because the surveys show the registrants as a whole were highly motivated, the main difference between the two groups of seekers was likely information literacy, with the in-depth seekers the more literate. The distribution of the nearly 1000 subscriptions to conversations, for which the in-depth seekers were necessarily responsible tells us members of this group remained tightly focused. The subscriptions clustered around those conversations which attracted the most comments, rather than being used as a means to branch out. The pattern is consistent with our earlier remarks that localizing communication is the means to handle large and complex information flows. It also underscores that both the computer literate and the less experienced need low transaction-cost navigation tools that sketch the whole domain and lead to specific topics of interest.

Out of 1300 comments submitted, moderators accepted 1013, which were contributed by 290 different individuals. Some conversationsincluded ten or more speakers and had several branches. Although the moderators did not correct identifications of link types, we observed no mistaken identifications among submitted comments, except for one or two cases where a contributor may have deliberately mislabelled the type. The comments were generally positive and serious, with few flames. Half the comments were Agreement and 15% were Disagreements. Questions (167), Alternatives (106) and Promising Practices (72) accounted for nearly the rest, suggesting the contributors’ willingness to use the meeting as a sounding board for ideas. Relatively few of the questions were answered (37), and almost no one used the more cognitively complex Qualification link (3).

While the ratio of contributors to accessors compares to the low ratios for newsgroups, the participation rate at the Open Meeting was higher for those reaching the comment level in this more complex environment. That result agrees with our theory regarding the effects of localizing communication. Low contribution levels are predictable in wide-area collaboration or problem solving, especially when participants have only general rather than specific functional roles. But, participants are likely to participate when conversations and work are localized and closer to their experiences and knowledge. Because the Open Meeting structure localizes communication, we might expect typically higher participation in collaborations that run several months and are free of external distractions, like approaching holidays. Participant Satisfaction

Web users were generally satisfied with the meeting and they complained only about an overwhelming amount of text to read and being forced to submit their comments and survey responses via email rather than the Web. The email users complained about the clumsiness of email to traverse hypertext, poor instructions and network delays. These differences reflect, on one hand, the greater interactivity of Web GUIs for hypertext, and, on the other, the fact that the least technically experienced people, who needed the most instruction, had the less sophisticated equipment. They also indicate the need for caution in planning to use email as transport in advanced information environments. Contemporary email does not easily support complex processes, like concurrent multilateral discussions of issues or wide-area collaboration. Instead of simplifying to accommodate the email limitations, the demand for broad participation which email satisfies should motivate upgrading the resources of the less technologically experienced and more basically equipped. But the SMTP transport need not be discarded; as we have seen, use of email subscriptions to track conversations spares the user the transaction costs involved in periodically revisiting the hypertext. Indeed recent trends toward closer integration of clients for reading email and browsing the Web may make SMTP a more useful transport media for wide-area collaboration systems. Conclusion

The success of the Open Meeting demonstrates the importance of taxonomic decomposition and meaningful link types in the organization of wide-area collaboration. The meeting showed that people can use typed links which they understand to create argument-structured discourse in a policy planning situation.

A desirable next step is to develop links grammar for decision processes. To generate the kind of knowledge process they seek, convenors of wide-area collaborations may select an appropriate set of link types and composition grammar. In the Open Meeting, the link grammar used did not provide for termination of a conversation. Other planning or action grammars can provide termination — like cloture in parliamentary debate. Interestingly, if we vary decision grammars according to different agent capabilities and functional roles, we start modeling reconfigurable organizations. The views into these processes can similarly be generated fr different agents according to their capabilities and roles. Thus, power and social relations within the organization come to be defined by what an agent can do based on information accessible to the agent. This functional division of labor and knowledge, in turn, defines the organization as a process. Thus, experiments in wide-area collaboration promises contributions to new organization theories.

Another step devises link grammars for knowledge formation in scientific communities, and building research in scientific paradigms. Churchman [2] outlines methods of inquiring that can be constructed on the basis of several famous epistemologies. We should try to correlate each of these with a link semantics and explore their productivity in wide-area scientific collaboration. Finally, since wide-area collaborations will include the coordination of work as well as integration of information and opinions, we need to develop systems that can recognize collaborative situations, infer possible options, and recommend strategies or identify resources. These kinds of wide-area collaboration systems promise to help scientists conduct research more effectively as disciplines grow in complexity and knowledge advances more rapidly.

The World Wide Web offers unprecedented opportunities for wide-area collaboration at a time when nothing less seems likely to cope with endemic and emergent global problems. We have argued that collaboration systems can begin to manage the complexity by supporting the specialization and localization of knowledge, planning and evaluation. Successful systems will then face the challenge of reintegrating all their partial results. Acknowledgments

Roger Hurwitz and John C. Mallery are research scientists at the M.I.T. Artificial Intelligence Laboratory and architects of the Open Meeting. Mallery is the principal architect and developer of the COMLINK System. Benjamin Renaud contributed significantly to operation of the Open Meeting as well as the implementation and design of a number of the application components, including the moderator interface, generation and caching of virtual pages, and some email interfaces. Mark Nahabedian helped us recover from some disk drive failures. The Vice President’s 1994 Open Meeting on the National Performance Review was a collaborative effort between The M.I.T. Artificial Intelligence Laboratory, The White House, National Performance Review, Lawrence Livermore National Laboratory, and Mitre Corporation. Randy Katz that made this project happen by bringing together the players, who included Larry Koskinen and Andy Campbell from NPR. Jonathan P. Gill and Thomas Kalil provided inspiration and critical support for the effort. Howard E. Shrobe helped with earlier versions of the Communication Linker System and provided endless moral support. This paper describes research done at the Artificial Intelligence Laboratory of the Massachusetts Institute of Technology. Support for the M.I.T. Artificial Intelligence Laboratory’s artificial intelligence research is provided in part by the Advanced Research Projects Agency of the Department of Defense under contract numberAbout the Authors

Roger Hurwitz is a research scientist at the M.I.T. Artificial Intelligence Laboratory, an architect of the Open Meeting System and a contributor to COMLINK development. His work focuses on the modeling, measurement and management of collective actions, public communications flows and organizational intelligence. It draws on knowledge representation, discouse analysis, organization theory and social science models and survey techniques. Hurwitz holds a Ph.D. from M.I.T., has taught at M.I.T. and the Hebrew University (Jerusalem) and has consulted for major communication companies and UN agencies. A member of several professional committees on the globlization of scientific communications, his publications concern paradigm development in the social sciences, patterns of media diffusion in late industrial societies and process models of collective actions and knowledge formation. Current projects include the use of the Open Meeting System for interorganizational planning, collaboration and knowledge formation, and the creation of an analytic environment for tracking aggregate national and international media flows.
John C. Mallery is technical director of the Intelligent Informaton Infrastrucre Project at the Artificial Intelligence Laboratory of the Massachusetts Institute of Tenology. His research interests center around new ways to model international interactions and new ways to incorporate advanced computational methods into interactive political commucation. He has developed computer systems that construct natural language models from rrative text, learn if-then rules from complexly-structured event data, and conduct automatic opinion surveys over global computer networks. An electronic publications system, which he devoped for use during the 1992 presidential campaign, currently serves as the primary disibution hub for press releases by the U.S. White House. His current research explores inlligent information access, wide-area collaboration, knowledge-based organizations, and global knowledge webs.